As pretty straightforward as this sound, it doesn't answer certain important questions in the minds of inquisitive youngsters. We'll discuss everything you need to know about clockwise in this article.

What does Clockwise mean?

Clockwise is used to describe a movement that goes in the same direction as a clock’s hands—from the top to the right, then down and then to the left, and back up to the top.

However, clocks turn in the clockwise direction because of sundials - the first clocks.

What does Counterclockwise mean?

The earliest clocks/timepieces were sundials. Sundials thought ancient, but still existing in some parts of the world, use the shadow of the sun to tell the time. Why Do The Earth And Moon Turn Counter-clockwise And Our Clocks Turn Clockwise? The Earth, Moon, and Sun System with the orrery, image credit : youtube@MooMooMath and Science

When clocks were invented, they were manufactured to move in the direction of the Sun which is why the hands of the clocks rotate in a clockwise direction.

So, the direction the Earth and the clock happen to rotate in opposite directions.

The scientific fact of Clock and Watches

Clocks and watches are both timepieces, the only fundamental difference between them is that the clock is mounted on the wall while the watch is strapped to the wrist.

Clocks are one of the oldest human inventions that are still being used in homes today. Its name is derived from the Latin word 'cloca', which means 'bell’ because it is an instrument for calculating time.

Over the years, the invention has evolved. Formerly, clocks were invented to be only hung on walls, today, it is not necessary because inventors have invented small clocks - table and pocket clocks - which were very challenging for them to invent at the beginning.

Clocks could be interesting showpieces to demonstrate skilled craftsmanship or less expensive, mass-produced items for domestic use.

Two centuries after, in the 15th century, watches were first invented in Europe and since then, they have become very advanced.

People used to carry watches in their pockets, or hands, or they were attached to a chain, but now it is worn on the wrist and there is lots of improvement in technology.

Asides from telling the time, you can see the date, month and year with watches. Different types of watches that are user-friendly are also available in the market.

Here are some of the different types of watches available in the market below: Analogue watch like this Daniel Wellington has stick indexes instead of numerals, classic paired with MiLTAT Perlon Watch Strap

A digital watch displays the hours, minutes, and sometimes seconds using digits instead of hands on the dial. An automatic watch is a watch that operates due to the regular motion of the wearer’s wrist. Automatic wristwatches don’t need winding if worn daily. When the arm is moved, a metal weight known as a rotor spins to store the energy which is then used to power the watch and keep it going at night or while the watch isn’t being worn. These watches are designed to be worn underwater. The typical diver’s watch will have a water resistance of around 200 to 300 m (660 to 980 ft), though, with the latest invention and modern technology, diving watches can now go much deeper. Are All Watches Clockwise? 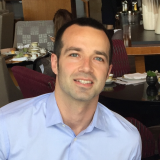 May I ask, what is the Seiko diver watch in the email you’ve sent with link to this article?